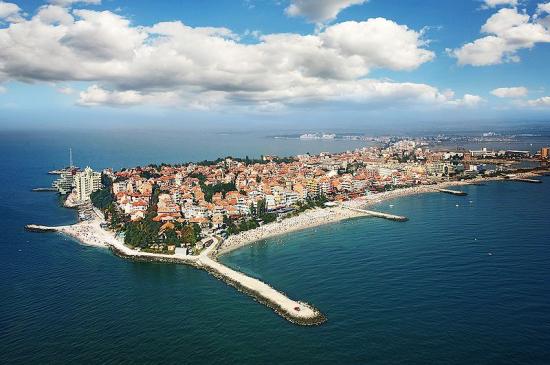 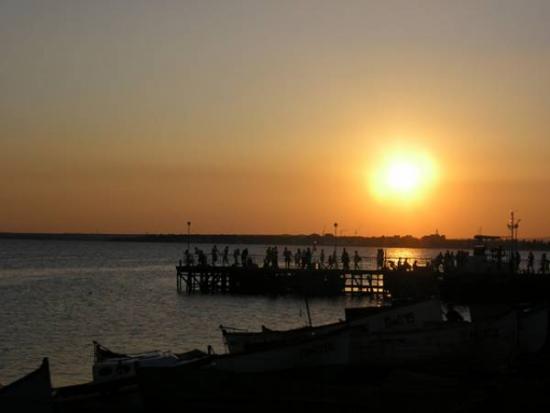 Located on a picturesque peninsula, Pomorie provides historical and cultural monuments, modern architecture and infrastructure. Thanks to its specific climatic and balneological conditions you can enjoy a long- lasting holiday season and healing tourism; the mud-cure lake was discovered in 3rd–4th centuries BC and was later called the Holy Lake.

Lake Pomorie is a protected ornithological area; it is located on the Via Pontica bird migration route.

Pomorie was founded in the middle of 6th century BC under the name Anchialos. According to the scientists it means ‘salt pyramid’ or ‘salt pyramids’.

The tumuli (burial mounds) found in the area are the archeological evidence for Thracian noblemen presence. The name Paleokastro (the ancient castle) is the only mark for the Roman town.  The most valuable historic monument is the enormous fully preserved Roman mausoleum covered with a soil mound. The tomb was dated from the end of 3rd century and the beginning of the 4th century. It is extremely valuable world cultural monument.  In Roman times the town was named Ulpia. It was a prosperous regional and administrative center. During 13th and 14th century it was a big port famous for its export of wool, wheat, wax, bee honey and wine.

In 1906 the town burst in fire and nearly burnt down. Only a small number of ancient houses were left standing. During 72 BC the town was conquered by the Romans; they destroyed Anchialos and gave it to The Thracian Odrysian Kingdom.

Nowadays Pomorie is one of the most beautiful sea towns. The waterfront is quite wide, covered with delicate sand, which is almost black at some places because of the great content of iron, magnesium, manganese and aluminum. The beach is awarded with ‘Blue flag’. The neat houses and private hotels offer each guest an opportunity to have an unforgettable vacation. Coastal boulevards are favourite place for walk and relaxation. A small ensemble of old houses is kept in the east area.

From a long time the town is known as a center for Medical tourism. It is also declared as Bulgarian capital of balneology because of the successful using of curative mud and lye for treating rheumatic and neurological diseases.

St. George’s Monastery (1856), Church of the Transfiguration of God (1765) and Church of the Birth of the Most Holy Mother of God (1890) are very attractive to foreign visitors. South from the town near camping Europe is revealed an Ancient Thracian beehive tomb.